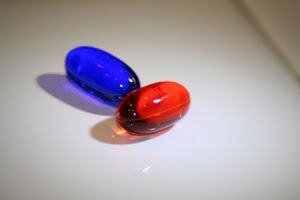 "You should stop drinking the Grand-pa and you'll get better I said". She smiled a sheepish smile and said "ok".
Posted by amanzimtoti at 8:54 AM 1 comment:

I collect odd names. I realise now that sounds a bit weird, but having a odd name myself, I think it's fine. Anyway, here are a few odd names I've picked up over a couple of years. They're a mix of patient and non patient names, including waiters, shop attendants, etc. - generally people who wear name tags. No surnames are included.

Nappy - this is the non American word for diaper.
Surprise - his mom was obviously not expecting him!
Simian - maybe mom anticipated he would do alot of monkeying around?
Trinity - a cool name if you're a female superhero in an alternative future where machines rule the world.
Father - he was named after a Catholic priest. I asked. I don't think his parents realised though that "Father" was his title and not his first name.
Girly - must have been the only girl.
Pietstraus - Was named after a guy called Piet Straus. I asked.
Sakkie - Afrikaans for packet.
Icy - either it was very cold when he was born, or he gave his mom the cold shoulder. I think so anyway.
Goodboy - self evident. Or maybe wishful thinking.
Treazer - should be a character in Harry Potter.
Class - was born in a classroom maybe? Maybe his parents thought he had alot of class? Maybe his parents wanted him to become a teacher? Maybe he was named after a guy called Klaas.
Million - one in a million maybe?
Mongo - it just sounds funny.
Ribon - why would you name your child ribbon? Maybe she felt she deserved a blue ribbon for her efforts. I know I did after I gave birth.
Staffnes - he was named after the staff nurse who delivered him. hehehe.
Saloon - as far as I know we don't even have saloons in South Africa!
Wonderful - quite sweet actually.
Lickim - hahahahahahaha! Maybe it's supposed to be Likehim.
Sycho - maybe he is.
Posted by amanzimtoti at 1:50 AM 7 comments:

So I see this patient and she's at death's door. She has multiple pathology and needs admission to hospital. I'm pretty sure I can pull her through, given the chance. But will I be given the chance?

Her husband has escorted her in and whilst I'm filling in the admission forms, the nursing sister comes to me and says that the husband wants to leave and take his wife with him. I'm flabbergasted. "What's the problem?" I ask. "He needs to go back to work and there's no one but his wife to watch the children" I'm told. I feel relieved. Easily solvable. I'll give him a medical certificate I say: family responsibility. He can't stay even if given a medical certificate, I'm told, because he has already been off of work for three weeks and if he doesn't go back today he'll lose his job. I stop dead in my tracks. "So what has he been doing for the past three weeks?" I want to know. "Why didn't he bring his wife in then?" (I should have known something was up when she claimed that she'd only been sick for 3 days even though she had clearly been sick for quite some time.) "She has been getting treatment from the traditional doctor."

At this point I am more than just a little annoyed. The husband comes in. "Why didn't you bring her in when she didn't respond to the sangoma's treatment 2 weeks ago? Or even 1 week ago?" No reply. I struggle to understand what the hell is going on. I know they're not being forthcoming. Why would he refuse help for his wife when she's clearly in a very bad way? But what can I do? The sister calls the social worker to counsel them.

I finish the forms and go back to seeing other patients. I go back a short while later to find out what progress we've made. They're gone. "What happended?" I ask the nurse. "They left" she says bluntly. "But why? I ask."

The story emerges: The wife was being treated by a sangoma and they were paying good money for this treatment. That morning, before I saw her, they went for another treatment. This time however, they informed the good sangoma that their money had dried up. He then promptly informed them that, on second thought, he could no longer help them, but that she probably needed an HIV test and that there was a good clinic (ours) she could go to where they would "save her life". That's how they ended up with me. Because he had stayed out of work for so long and given the sangoma all his money, however, the husband had gone into a panic about losing his job. At the last minute. So he took his sick wife home to watch the kids, while he went back to work.
I could not understand his logic. Who is going to watch the children when she's dead, I wondered.

But the more pertinent thing here is the fact that this sangoma preyed on these desparate people. He took their money when he knew he was giving her the wrong treatment.
Posted by amanzimtoti at 3:46 AM 4 comments: